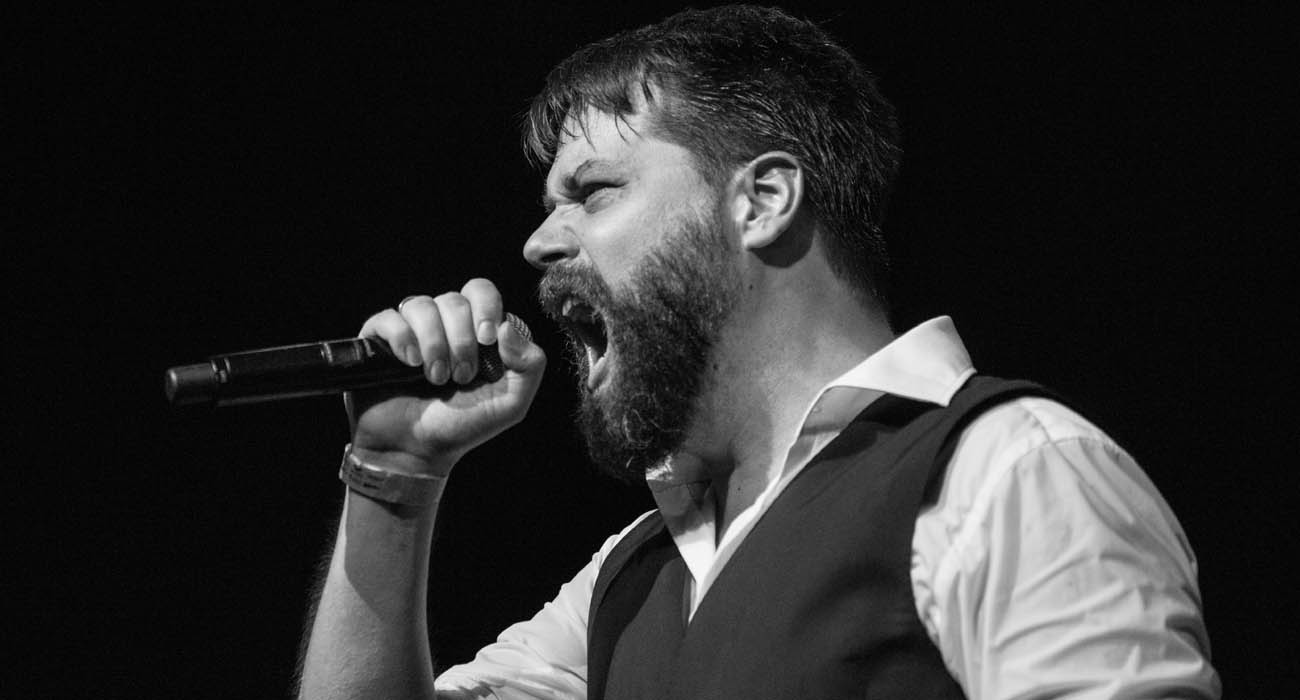 Somehow I managed it to get back to the theatre as a friend of mine kept my seat clear and thus I had the chance to attend, for at least a couple of songs, a fantastic Performance by JANUS. Although the band was already founded in 1995 by Dirk Riegert (vocals) and Toby Hahn (piano), it was the first time for them to perform at the Amphi Festival.

It’s a bit hard to say in which genre their music fits as they create an amazing mixture between classical elements, put some tango influences in it as well as Rock elements of the Neue Deutsche Härte genre, underlining the pretentious lyrics in German.

Their performance was divided in two different variations, one accompanied by a small orchestra with saxophone/ flute, xylophone/ percussions, bass, cello and drums and the other one with only Dirk singing accompanied by Toby at the piano.

Dirk expressed his appreciation that so many came to see them perform with some humour with stating that it is nice that we came to watch old men sweat. We experienced a wonderful performance of high quality and I have to say that I was not happy that I had to leave earlier to see the rest performance of another band. But as I was informed the band got standing ovations when they left the stage for good.